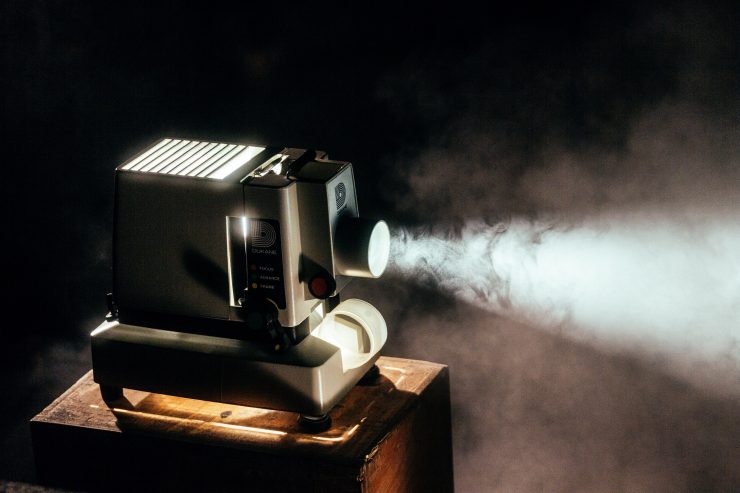 Conference presentation notes for Politics of the Machine – Art and After, EVA-Copenhagen 15-17th of May 2018.

In the context of this quote, or perhaps rather statement, new media artist and researcher Ellen Pearlman provides an analysis of a specific event held at Hyphen Hub at the Red Door in New York City, August 27, 2014. This event consisted of a performance and a demonstration featuring cyborg artists Neil Harbisson and Moon Ribas.

But beginning this presentation and my research in general, what interests me the most is the notion of cyborgism as an artistic movement and how we might approach the field of cyborg perceptions within the production and experience of art.

In short, cyborgism is an art movement in which artists create artworks through new senses created by the union between cybernetics and their organism. As a result, we might approach the artistic cyborg in this context as someone, who is changing his or her means of perception for artistic/political purposes. These fundamentally new perceptions on the one hand results in a new type of cyborg artworks but also results in a new way of re-perceiving existing artworks.

In my previous research I have been exploring different types of historically and technologically conditioned sight perceptions and visualities including train travel, the panorama, and the diorama. This may seem very far away from talking about cyborgs – but the more general link between human perception and technology may be worth returning to as a starting point in this case as well.

When going back, the intersection of technology and human perception has been discussed within cultural theory and philosophy for quite some time, one example being Walter Benjamin, who stated that what he terms the collective perceptionis quite capable of change, and is in fact changed or even conditioned by technological developments happening at specific historical times. As humans, we were perceptually changed by the invention of the cinema, the microscope or photography and maybe today by the re-discovery of virtual reality technologies.

In sum, new media technology mediates the openness of protentional consciousness to the nonlived – and indeed the properly nonlivable – domain of the preindividual and thus reveals affectivity as being always already, that is, essentially, contaminated by technicity. – Mark B.N. Hansen, New Philosophy for New Media, pp. 266-267

But how exactly is our bodily perception affected by technology?

In his book New Philosophy for New Media (2004), Mark B.N. Hansen argues, that technology works as a catalyst for the human perception by interfering with our embodied affectivity and he describes how technology may enfold itself into our bodies in a way that affects and alters our human perception. During the book, he develops a new type of phenomenology that focuses on affect and the body comes first as the deciding mediator when meeting our digitized contemporary spaces saturated with information.

However, technology may affect our senses on a pre-cognitive level through affect, and Hansen further argues that media art in particular works by establishing a confrontation between temporalities; between “(…) the lived affective temporality of human experience and the ‘intensive’ time of machine processing.” (Hansen, New Philosophy for New Media, p. 235) In this way, the machine time is capable of “polluting” the temporal “now” with non-human elements. (Hansen, New Philosophy for New Media, p. 252) But the correlation is still indirect and mediated by affect.

This way of interfering with the human time consciousness is of course only one way that the human perception is arguably affected and altered by technology, and still, we wouldn’t yet talk about all of us walking around having ”cyborg perceptions”. But I believe, that we might not be as far away as we think, if we approach the question of cyborgism exactly from the point of view of artistic practices and perceptions.

Neil Harbisson is a Catalonian artist and musician and co-founder of the Cyborg Foundation along with fellow Catalonian choreographer and dancer Moon Ribas. The Foundation, according to its website, ”helps people become cyborgs, defend cyborg rights and promote the use of cybernetics in the arts based on the research, creation and promotion of projects related to extending/creating new senses and perceptions by applying technology to the human body.” The foundation first and foremost focuses on extending the senses and not the bionic body, and the key imperative is to alter and hybridize the means of perception.

Neil Harbissonwas born with a rare form of colour-blindness, where cone cells in the eyes are unable to register colour. This meant the he saw the world only in black, white, and grey. In 2004 together with cybernetics expert Adam Montadon, he put together the first prototype for the Eyeborg. It was a small camera that sensed the frequency of colour, but connected to a burdensome five kilo computer that transposed six basic colour frequencies into six separate tones, that he could hear through a headset and then memorize.

Gradually, more colours were added and slowly, the size of the headphones was changed and the size of the computer was reduced. In 2010, with the help of developer Matias Lizana, he exchanged the computer for a chip, and began using occipital bone conduction to relay sound instead of wearing headphones. In 2013, the Eyeborg antenna was osseointegrated inside his skull to include a pressure pad and three holes; one for the antenna, one for his cheek to relieve the pressure, and one for the charging jack. The chip was updated to include Bluetooth connection, and the sonic frequencies of infrared and ultraviolet were added.

Harbisson is very explicit about, that what the Eyeborg has allowed him is a totally new sense, that he terms Sonochromatism – it is not to be considered synaesthesia, because there is never a varied relationship between colour and sound.

Becoming a cyborg is an art itself. We treat our brain like it’s a sculpture. – Moon Ribas

Moon Ribas studied at Dartington College as did Harbisson, and she majored in experimental dance and choreography. Since 2013, Ribas has had a small motor implanted in her left elbow, connected to the Internet, that vibrates whenever seismic activity occurs anywhere on Earth. She feels earthquakes, with their power reflected in the intensity of the implant’s vibrations. With this ability she created the performance piece Waiting for Earthquakes.

At the event held at Hyphen Hub at the Red Door in New York City, August 27, 2014, Ribas performed this piece. If an earthquake happens in the southern part of the world, she moves towards the south. If the quake is small, the movements are small. If the quake is big, her movements grow large. At the same event, Harbisson performed the world’s first skull-transmitted painting Skyped from audience members in Times Square as they painted simple colored stripes onto a canvas. With the Eyeborg antenna, he received the colour frequencies into the chip implanted in his brain. He correctly identified and painted the same colour onto the canvas that was being painted live in Times Square. He performed this in front of the Hyphen Hub audience without ever turning around to view the actual painting.

“If you have new senses it opens up a whole new range of art,” Harbisson says. “We think we’ll start seeing more cyborg artists that will change the way we perceive reality through their perception, their new senses.”

The picture Harbisson and Ribas paint of the future is highly interesting and also not very dystopic. They believe, that new sensory experiences will push the evolution of cyborgism. As Miles Raymer sums up in his interview with the artists:

Harbisson’s experience transitioning into cyborg life hints at the potential for technologically-expanded senses to positively change the way we experience the world. After a lifetime of seeing only in greys, he initially thought that red was his favourite colour. But after upgrading his Eyeborg, he figured out that he preferred one that lay outside the normal spectrum of human vision. His new favourite colour is infrared. – Miles Raymer, 2016.